first day on the job

Rachel Gollup was an immigrant of the age of 12 years old and She emigrated from Russia in the year of 1892. Rachel wrote her autobiography in the year 1892 while she lived in New York City. Her father took her to work in the company that he was working at which was the Garment Industry. She was taken to work so that she could work at make an income to help the family out. When she arrived she was stationed to be a feller hand. She quickly grabbed the coat and started to work on it as quickly as possible. She tried to do the best work and in the smallest amount of time to prove to the other feller hands that she was capable to produce good quality of work as well as the other employees that were working in the Garment industry.

This autobiography of Rachel Gollup went threw hard moments while she was a part of the garment industry. When she was working for the garment industry the males would mess with the women and always discriminate them. In the autobiography that she wrote, it explains with detail that when she went to go work on her first day at work the other men were looking at her from head to foot and this made Rachel Gollup really nervous and this was something that made her uncomfortable. This was something that made her really uncomfortable because she had to work there and to know that there is people that are looking at her and checking her out constantly made her feel unsafe to come to work. Also when she first walked in the other workers expected to have another male worker due to the reason because it was rare to see a women work in a garment industry at this time. In the garment industry women were usually sowing and the men had more of hands on heavy-duty work. This was not right for the reasons because the women’s had limit amount of work that they were able to do and the men were able to do different kind of work and task. The women did not have the oppertunity to succeed and move up in roles. The women had set roles and jobs that they had to do on the daily base. This made it really annoying because the women had to do the same kind of work over and over again. Also the women were not able to say any comments about work because if they did they were at risk of losing their job and getting replaced.

Rachel Gollup was starting a threat to the other older men and women workers. The workers felt that they were going to start to get pushed away. The reasons why the works started to get upset because they were jealous because she created quality work on her first day on the job. The owner kept giving her more work due to how fast and good quality she was producing. The other workers felt that they were going to be without a job.  At this time it was very hard for an older person to get a job because they did not want to give benefits to them and the company owners knew that they were likely to get injured at that older state of age. This was something that the owners of the company did because they owners knew the younger children were healthier so by hiring these younger men and females’ workers, this was more effective for the company. The owners would rather hire these younger children because they had more energy to work and produce a better quality work compared to the older men and females that were already working their at the Garment Industry.

For many women like Rachel Gollup, they had a hard experience when it came to working in the labor force. Entering this class I had a closed mind and I felt that all men and women had equal rights or a bit of restriction. This was something that I never expected to here because I know if I had a sister or daughter I would be furious if they would discriminate them or even treat them differently. The women in this era had it difficult to keep a job. The women did not ask to be treated like this. The men felt because they had higher power in the companies, they felt it was right to judge a woman. Just because society made it look like it was okay because men were the bread makers. That’s incorrect because the women were just their trying to work and make a living and there you have the men making it a living hell while they were on the clock. Due to the unions that they created at that time, this gave the women that protection that they need so that they were able to attend work without having to worry like before. Its important to the history of women because women were able to pass that stage when men would discriminate them and have equal rights as men. This also proves that women were capable of working and they should not be restricted to the domestic life style. 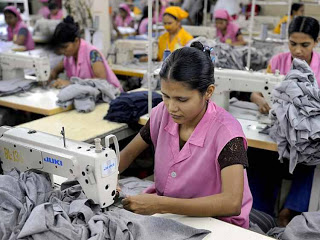 RACHEL GOLLUP WORKED IN THE GARMENT INDUSTRY.HER FATHER BROUGHT HER AND RECOMMEND HER TO THE COMPANY. THAT WAS THE FIRST JOB SHE HAD WHEN SHE WAS IN NEW YORK CITY. 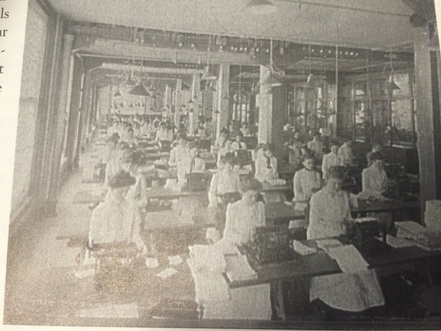 video of the garment industry

THIS IS A VIDEO THAT I WANTED YOU GUYS TO SEE SO THAT YOU GUYS CAN SEE IN DETAIL WHAT SHE WOULD DO IN DETAIL. THIS WAS WHAT RAHEL GOLLUP WAS DOING WHILE SHE WAS TWELVE YEARS OLD.