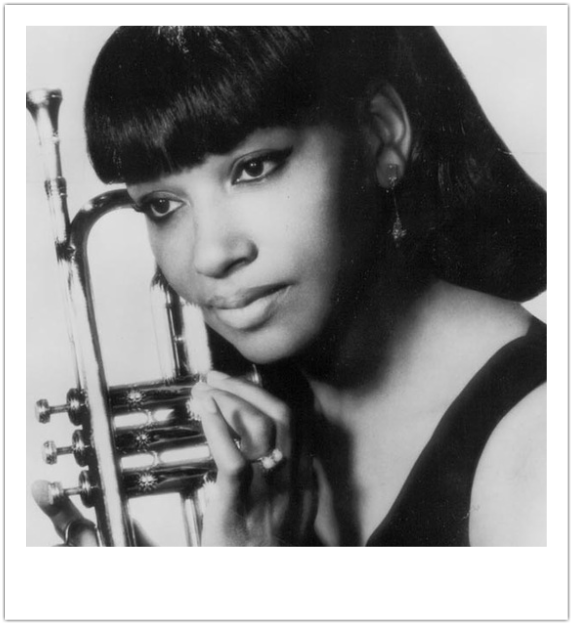 An image of Clora Bryant, a famous performer, trumpeter, and singer renowned for her exceptional talent during the height of the American Jazz craze in the twentieth century. This photo was taken in 1943 on the day of her high school graduation, a couple years after this photo was taken Clora experienced immense success performing in various Jazz bands and ensembles. Not only did she break down racial barriers, but she was also able to prove to the musical genre that women were indeed capable of possessing immense talent in their respective fields.

“Each step I made, I wanted to make the next one and the next one, so that by the time that I graduated, in 1943, I got scholarships…” (pg. 594) This statement taken off a section of, “Women and the Making of America” thoroughly describes the struggles of Clora Bryant in the early twentieth century south. It was a time when the Jim Crow laws were still in effect and forcibly practiced in the southern portion of the United States of America. However despite their increasingly harsh realities, African-Americans were able to confide and find solitude in a variety of ways, and one of those ways was music. Jazz is a genre that is immersed in experience and honest emotion. It captivates the listener with it’s stories of genuine sorrow or boisterous joy, and can take them to a place of solidarity and acceptance. However despite rampant success of this soulful artform segregation and generational racism would thwart it’s impending growth. Through Clora Bryant’s defiance of social standards she was able to not only build success for jazz, but breakdown a defiant social structure used to bring down African-Americans. Because of her inner strength and willingness to grow and succeed through adversity Bryant’s actions not only broke racial barriers, but also shattered gender misconceptions through this specific artform. It is through the power of music where we find revolutionary change, it unifies a conscience various groups in their underlying goal for equality and acceptance and this was the prime example.

Discrimination was a key factor that motivated musicians like Clora to continue their musical ambitions and dreams. It was because of these various acts of racism and violence that only nurtured their goals and aspirations. However despite how hard and critical the situations might have seemed, underneath the tough exteriors of those segregated lied hope for a brighter day. Clora mentions that during her high school years she came across a teacher who’d offered her paid trumpet lessons, and it was because of his devotion and honest support she was able to grow a love for the craft. So much in fact she worked a variety of odd jobs in order to pay for these separate lessons from her teacher. The progress she made only encouraged her to pursue a career in jazz, and she was even able to graduate school with various scholarships. It was this kind of positivity that gave Clora and others like her hope in times of extreme distress and fear however the conditions that were attributed due to her time period were only heightened because of the nations involvement in war. Bryant describes how the war left the south in a troubling state that included increasing racism and drastic rationing. Based on the severity of low supplies African-Americans were always given the worst of necessities. Even though the, “separate but equal” clause was still active, the items given to blacks were less than equal compared to white Americans. Clora describes an incident where when traveling for shows tires would constantly blowout, and because of their race help and support was increasingly limited for their situations. It is these acts of discrimination that only fuel the fires of ambition in the jazz artists of this time and motivated them to prove each and every naysayer wrong. The war gave way to a selfish society that only heightened the dangerous racism that was expressed daily towards African-Americans. Experiences that Clora and other’s of this time period can describe as dark and disheartening, but ultimately taught them the values of hard work and powerful dedication to their craft.

Racism and discrimination was nothing more than a constant reminder to African-American’s that past values of hate and violence were still alive and active in their time period. That no matter how much progress was made this horrible mindstate would still prosper through older values. Despite these attitudes Clora and other musicians were all inspired by their dreams to move past these setbacks. Bryant describes in short but powerful detail about the educational standards provided for black youth in the 1940’s. The curriculum provided neither match the needs of the students nor were their parents allowed to be involved in their children’s academic careers. However when it came to their Jazz ensembles and bands parents were in full support of their children’s goals and aspirations. With this undying support kids like Clora were able to see their dreams come to fruition, because finally they were cheered on in positivity and love instead of the negativity they were accustomed to. In another instance of racism Clora mentions that during her childhood and teen years black youth were taught to hone tasks that included sewing for girls, and carpentry and construction for boys. They were trained in these tasks because they knew once they grew older these would be the only jobs available to them because of their race. It is this realization that guided Clora to leave these lives behind and strive for a career in music. For jazz inspired the formation of bands and created an outlet for their creative frustration . Their lyrics provided a foundation where they were able to release every frustration and emotion they held deep inside their souls. Jazz was much more than the mild perceptions of American people, it was an actual movement that cradled it’s listeners with it’s tales of pure raw emotion. Every word and melody described the trials and tribulations artists like Clora Bryant, Billie Holiday, Louis Armstrong, and others faced in their lives as black Americans.

Jazz is an American artform that was conceived through the honest and raw emotions of the artists and bands that helped the genre gain incredible exposure and worldwide recognition. Considering the fact that the genre itself was created almost a century ago it’s legacy and influence has led way to the various art forms we cherish and love today. What makes this tale even more exhilarating is the fact that it was a culture influenced by African-American thought and action. It was almost revolutionary in it’s design and represented the voice of a generation who thought and spoke for themselves. Their defiance towards strict social standards and never ending resilience solidified their movement in the course of American history for years to come. Like it’s music Jazz was never discriminatory and led way for not only black artists to enjoy it’s peaks, but also allowed Caucasian, Latino, and Asian performers and bands to enjoy success. Because of it’s powerful influence other genre’s guided by black musicians were able to achieve dominant success in the twenieth century. Genre’s like Rock and Roll, Disco, Soul, Rhythm and Blues, and Hip-Hop were all inspired by this artform and created their own lanes in the conscience of American history. Like Clora Bryant and other female performers of her time women in these respective genre’s were able to release hard hitting emotions of discrimination, pain, love, happiness, sexual frustration, and worldwide issues through their art forms. With it’s ever lasting influence Jazz will forever be a portal to a time of naive thoughts and misconceptions, but also a time of revolution and intellectual thought and promise.

An interesting ten minute documentary concerning the overwhelming impact Jazz music had on Civil Right's Activist's throughout the United States in the 1950s and 60s. Though these movements didn't take place during Clora Bryant's teenage years, its instant impact only highlighted her career as a Jazz musician as she contributed to the movement through her respective works. Jazz represented the Civil Right's movements though it's introspective music, and was able to capture the emotion and energy of those throughly involved in that time. This video illustrates some of the difficulties black youth like Clora faced daily, and also dwells into the treatment Jazz performers and bands had to deal with in this period.
"That's the thing about Jazz: it's free flowing, it comes from your soul." - Billy Crystal﻿
This quote spoken by the multitalented Billy Crystal highlights the immediate impact of Jazz music. It comes to the realization that it's a genre of pure honesty and emotion. For artists like Clora Bryant it was an outlet for their creative desires and fulfillments, and it opened the doors for cultural and societal fusion. 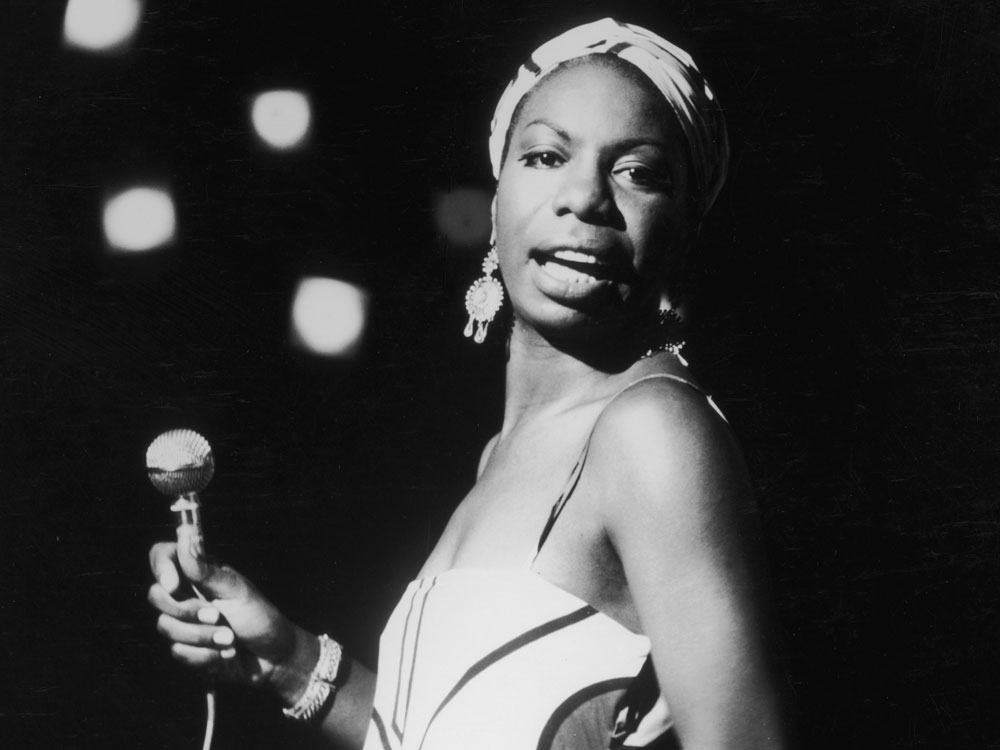 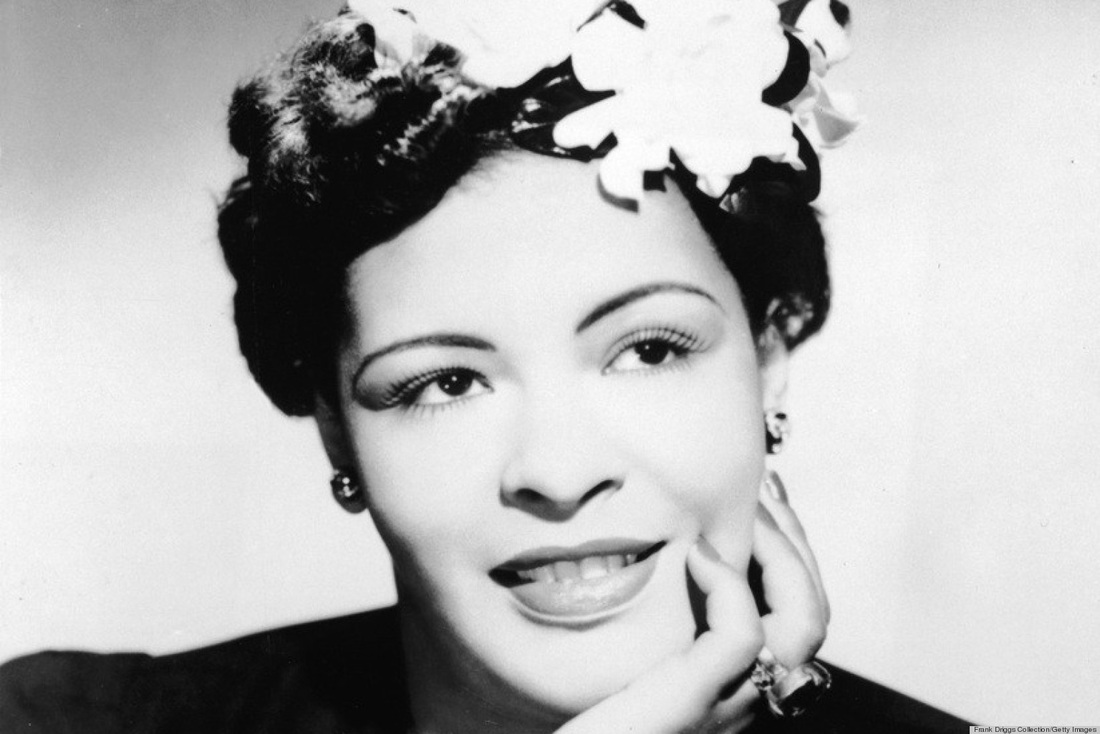 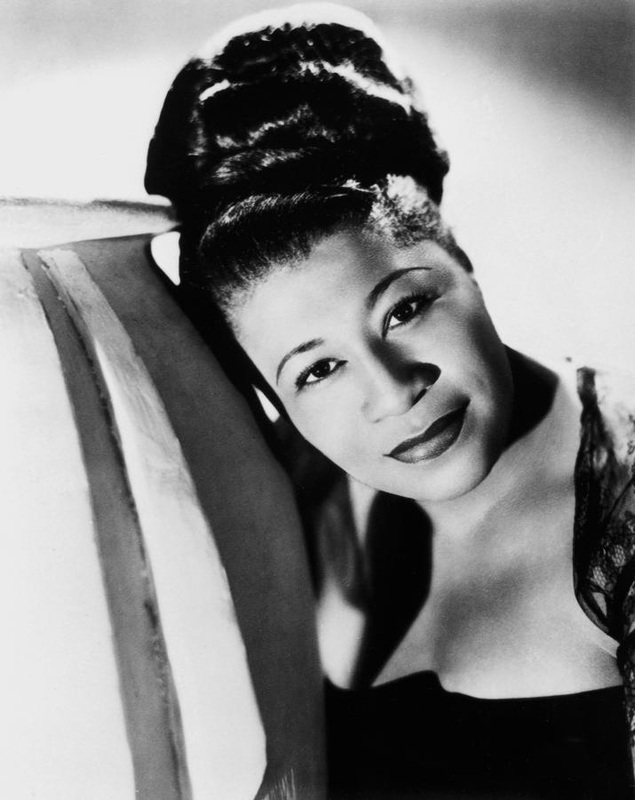 From top to bottom: Nina Simone, Billie Holiday, Ella Fitzgerald.
These three Jazz legends paved the way for the future of female performers in a variety of respective genre's. Their contributions to music as a whole is truly inspirational and applauded mainly because of their resilience and utter strength. Despite having true and undying talent these women also possessed a fearlessness that separated them from the vast variety of Jazz performers. Like Clora Bryant, these women went down in history not only for their beauty and talent, but for the fact that kicked down the doors of oppression for African-American's and women.
Clora Bryant's, "This Can't Be Love" is a prime example of the raw energy and emotion that Jazz music possesses. Though more known for her trumpeting skills, Clora was blessed with an exceptional voice displayed here in an early recording. 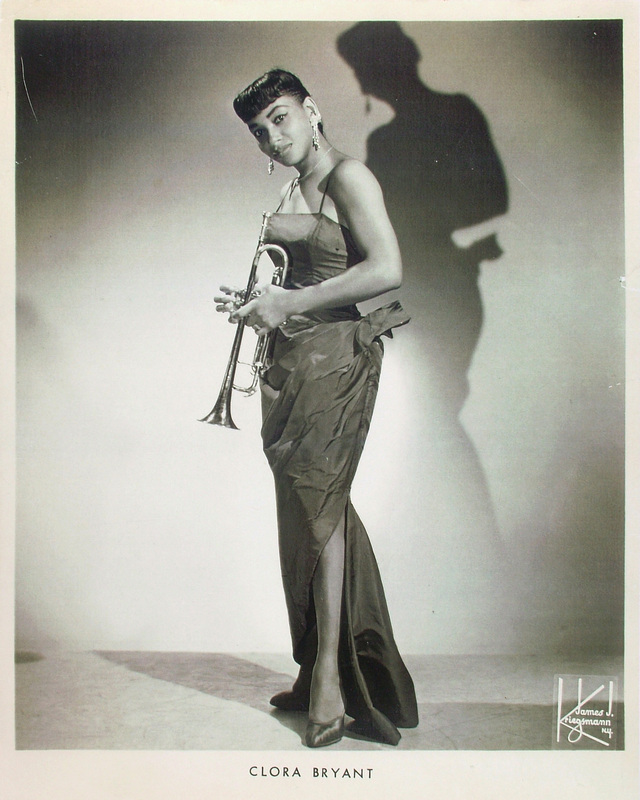 In closing thank you for visiting my Weebly page, and I hope you enjoyed this experience. For your enjoyment I provided an early picture of the beautiful Clora Bryant. Remember no dream is too big.