Bicycle Craze of the 1890s and Its Effect on Women's Lives

“Let me tell you what I think of bicycling. I think it has done more to emancipate women than anything else in the world. I stand and rejoice every time I see a woman ride by on a wheel. It gives her a feeling of freedom, self-reliance and independence. The moment she takes her seat she knows she can’t get into harm while she is on her bicycle, and away she goes, the picture of free, untrammeled womanhood...” - Susan B. Anthony, 1896 (Willard 90)

Lapinskiene, Laura. “From 'Hygienic Saddles' to the 'Vehicle of Beauty': Discourses on the Cycling Woman from the Turn of the Century to the 1930s in Lithuania”. VDM Verlag Dr. Mueller e.K., 2008. Print.

Shadwell, A. “The Hidden Dangers of Cycling”. National Review, 1897. Print. 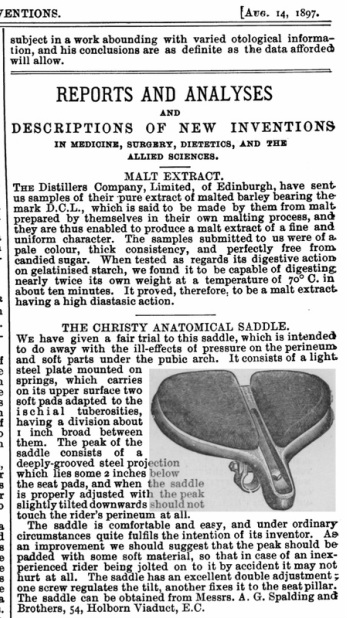 This is an article from "Physician" journal published in 1897. It is an important source because it demonstrates how concerned doctors were with the fact that women could use bicycle saddles to gain sexual pleasure and what a relief the invention of a "safe saddle" was. 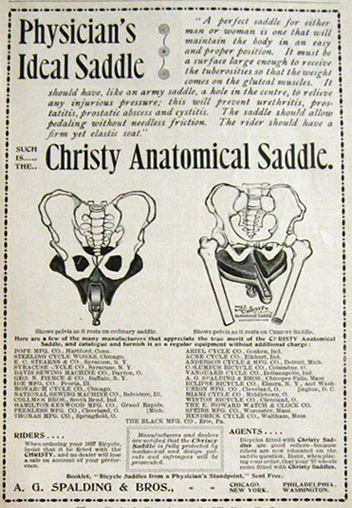 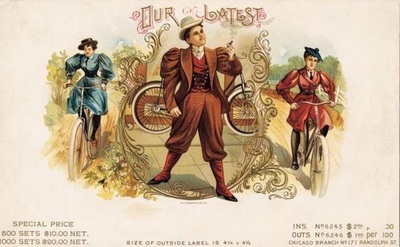 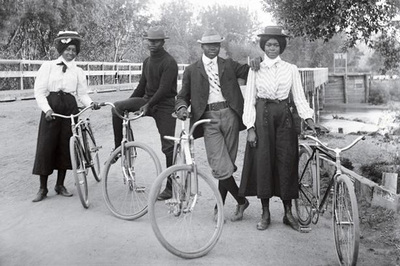 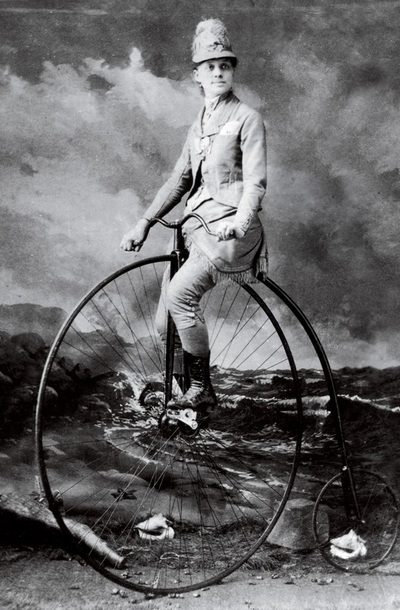 "When Dacre, an English popular composer, first came to the United States, he brought with him a bicycle, for which he was charged import duty. His friend William Jerome, another songwriter, remarked lightly: "It's lucky you didn't bring a bicycle built for two, otherwise you'd have to pay double duty." Dacre was so taken with the phrase "bicycle built for two" that he soon used it in a song." (Ewen, David. American Popular Songs. )