Keep Calm and Lace Up

The source I chose is from the Dry Goods Reporter. It is an article called Girls' Corsets, written on April 15th, 1916. This source is significant to my topic because it explains the effects of corsets on young girls. In addition, it emphasizes different varieties. The source also demonstrates how manufacturers attempt to meet the requirement of the class of trade. 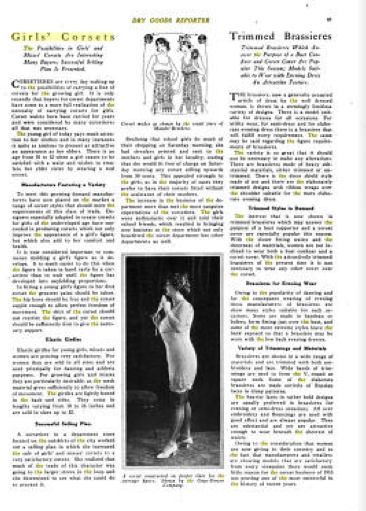 This clip is from the film Gone With The Wind. It demonstrates how far women would go to get their 18 1/2 inch waist! "The woman battles against the restriction of her undergarments but to no avail. She is doomed to her position in society: a slave to fashion, cosseted and striving to be pleasing to men, whatever the cost." (Corsets & Crinolines in Victorian Fashion, http://www.vam.ac.uk/content/articles/c/corsets-and-crinolines-in-victorian-fashion/) In addition, it emphasizes the body image battle women struggle with. 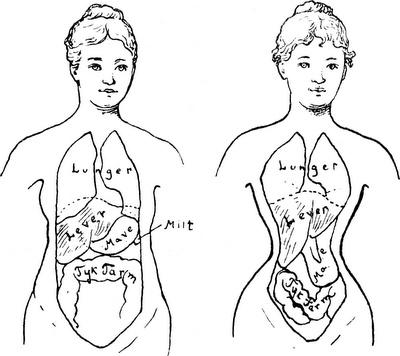 This particular image emphasizes the severity of corsets. It depicts what the corset does to your body.

This image is an illustration of how the corset evolved over time. Garment industries did their "homework" by keeping up with the latest trends and styles by creating new and improved corsets. 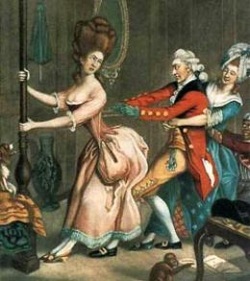 This picture is similar to the clip of Scarlett O'hara being laced into her corset. Women literally needed to hold on to something while being dressed, otherwise they would fall over. Women went through such extreme measures in order to portray what they thought was beautiful during the time.