The Progressive woman: Marriage Against Career

The idea of being just a mother and a daughter has always been the idea for the American woman. In today’s society women are still challenged with inequalities in the work place; whether it be lower pay rates or sexual harassment working and independent women struggle. Even these challenges are presented to us as a privilege as we at least have our feet in the door with job opportunities outside of garment and housecleaning industries. The battle for these opportunities did not start until women began demanding more than what they were being given from societal standards and expectancies. By the 1900’s the idea of the woman’s social role had already started to transform. Women started making a presence within the workforce and in that had begun making societal changes. They started weighing the idea of marriage against the idea of career as they started to want more out of their life than the condemnation of being the mother and the wife. They wanted to establish a sense of independence in their positions as women in society. They did not want to be forever known as the mother, wife, daughter, and socialite in society. This meant new challenges and new barriers to be broken.

Women during the progressive era were facing different challenges. Jessie Haver, raised in Colorado on a farm, was educated and held a career as a young statistician. While in school, she did not entertain thoughts or attention from those of the male sex. She was more interested in receiving her education and getting a career. She grew worried about her marital status during her 20’s. She thought she should be married due to societal expectations. She had been proposed to by some one of social and economic status but as she did not love him she declined. Later she encountered a young man who was able to care for her during the week and was very polite and economically established but during the weekends he was never around and that was due to the appeasement of his mother who found a young woman for him. Lastly she met Hugh Butler and delayed her marriage while with him. She soon discovered that she was happier in her career. She is merely an example of what most women and young girls were experiencing during this time period.

It was when she met a man with similar interests that held that she found the man that would be her husband. Until then she struggled to find a place for both her career and a relationship in her life. Jessica relied much on her feelings and instincts. She always knew having her job and career would be there but she also struggled with the societal pressures that often presented her with marriage. She chose her career overall and while dating a marriage proposal she did not mind entertaining presented itself ad she took it. While Jessica was in a better position in her career, other women struggled with the balance between career and marriage. For instance, Jessica had a friend who was a mother and a wife. She happened to witness the difficulty she went through as she was tied to her home and possessed little to no freedom as a stay at home mom. A career was an ideal choice for women as they did not enjoy being confined to their homes and kids. They also did not want to be completely rejected. They needed some form of companionship from that of the male sex. It just was not their main focus. The focus shift away from the belief in maternity to the belief in productivity.

Within her relationships she felt it was important to have an emotional connection with men whom she pursued. Sex was not too prominent a role in her life. As a woman she did want intimacy in her relationships as any woman would. She just did not necessarily need a relationship to be sexual. Never the less, Jessica did not mind the lack of emotional attachment in her latter relationship with Hugh Butler as she was more heavily content in her career. Sex was something she could either have or not have present in her life. She is only one example of a woman within this society. She, like a good amount of women during this time period put their time, effort and energy into their jobs especially if they were given positions within factories as women were more focused on reaching their daily quota so that they can be paid. This did not mean that women went without sex or companionship. It just meant that women showed more initiative and focus as it was not necessary in order for them to survive. It was better for a woman to be single during this time as women did not have freedom within their marriages and this is what Jessica Haver-Butler was trying to avoid for as long as possible. She knew that marriage in society was inevitable but it was able to be delayed.

Women were trying to break out of their normal roles as mothers as well as daughters and wives. They grew tired of the conventions of social standards as well as expectations to be solely mother, daughter, and wife. The role slowly started to transform from in-home mom, at-home daughter to mother at work, and daughter in an assembly line. They became workers and began demanding for more jobs for women whether it be factory, office, or maid. They became part of the working class and grew independent of their fathers, brothers, and the financial need for a husband. An example is the story of Jessie Haver-Butler. As a young statistician, she put her needs for freedom before her needs of maternity and servitude as many other young women did. It meant living in female boarding homes but it also meant independence from a man which is what working and having a job and career symbolized for the women during this time.

We teach girls to shrink themselves, to make themselves smaller. We say to girls: ‘You can have ambition, but not too much. You should aim to be successful, but not too successful. Otherwise, you will threaten the man.’ Because I am female, I am expected to aspire to marriage. I am expected to make my life choices, always keeping in mind that marriage is the most important. Now, marriage can be a source of joy and love and mutual support, but why do we teach girls to aspire to marriage and we don’t teach boys the same?
— Chimamanda Ngozi Adichie

The message Chimamanda sends with this powerful statement and question is the gender and sex double standard. It pulls attention to the limitations and insecurities women are given in society where they are unable to excel publicly due to implied domestic responsibility while men are pushed into publicity and excellence. Why can't the 40 year old woman marry at the age of 40 because she was more focused on public excellence and building career? It shows how women have to pin their career goals against those of their domestic goals yet make it seem as though they are not capable of doing both. 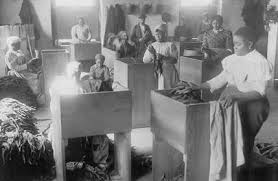 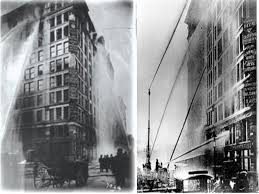 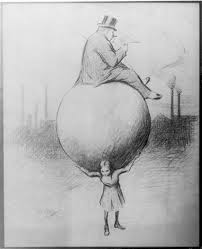 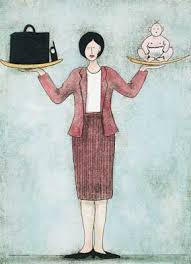 She speaks not just of a mother nor a career minded woman, but also someone who said they wanted to be both a worker and a wife/mother. This displays the power behind women being able to give into their own desires without societal pressures. This displays progression.