The Motherly Discipline was written by Elizabeth Chase in 1854 in Virtuous Lives to her husband Samuel Chase. The purpose of her witting this letter to her husband Samuel, who was a manufacturer and he also was an abolitionist and women’s right’s activist from Rhode Island. The purpose of this letter was to express how hard she works to manage their family and explaining it to her husband. She also wanted to express to her husband what’s going on while he’s away and how’s she’s taking care of the house to show some independence that she can take care of the house and do a good job at it will he gets home. She wanted to show that even though she was a woman she could handle the house and take care of the children without her husband being there to watch over her.

Elizabeth exercises her power over her children in a couple ways. She would exercises her power by punishing the kids then letting them sit and think for themselves what they have done wrong. This was a method that many mothers would do in order to assure that their children are straightened out and know that life has consequences. Elizabeth’s knew Sammy was being selfish and disrespectful but Elizabeth felt that punishing her son Sammy by making him go to bed early after him being ungrateful for the candy he was given would help him realize what he did. She felt this would be the best way for him to understand because it gave him sometime to dwell on the stuatiataion. Although Sammy did not come up to her and apologize and admit what he did wrong, when he came back to her came and asked for her help and he cleaned up the mess he made, it showed Sammy felt bad about the situation and realized the way he acted was wrong. Sammy wanted to try and make up for his mistake by calming down and cleaning up the mess he made. Elizabeth did not think it was best for to just tell him what he did but it would be more effective for him to realize it on his own. By Sammy realizing on his own he will better understand and learn how to make better decisions next time in the same or similar situation. She also feels when a similar situation appears; she does not think he will say that his mom didn’t do anything to help him understand how to handle the situation the second time.

In the letter she begins to discuss the situation with her son Sammy. Elizabeth gave Arnold a stick of molasses candy and he broke it in half and shared it with Sammy. After Sammy got his half of the candy he began to get upset. Sammy through the candy at Elizabeth because he was upset he could not have a whole stick of molasses’s. Sammy begun to through a tantrum and he tried to snatch the candy out of Elizabeth’s hands.  When Sammy realized he was not able to take the candy out of her hands he tried to hit her. After Sammy tried to hit Elizabeth she had to punish him. She made Sammy go to bed, but instead he decided to take his anger out and messed up the books on the bookcase and the papers in it. He also began to mess up the bed corn on his bed. Sammy took his anger out on anything he could. After Sammy calmed down he layed down in his bed and started crying. Sammy finally got all his emotions out and went to Elizabeth trying to see if she could help him fix his bed. After he fixed his bed he cleaned up all the books and papers he messed up. By Elizabeth allowing him to let out his emotions it helped him to calm down. Sammy would now do what ever his mom asked of him and without hesitation and at the end of the day he would take himself to bed. Elizabeth feels it is best to wait for her son to acknowledge his faults for many reasons. She feels if he realizes what his faults on his own he will understand it a lot better then if she just tells him what he did wrong. Elizabeth wants her son to be able to think for himself and be aware of his actions and also the outcome of his actions. She feels this will help him in the long run by him be aware and thinking for himself. She would like her him to be independent and self-sufficient.

In Elizabeth Chase letter, she discussed to her husband how she was disciplining her son while her husband is away from home. This I relevant to Americans women history in many ways. While Elizabeth husband was away she had to take care of the house and their children. She took the role of the man in the house till her husband got back. This is important to history because it is a great example how women have the ability to do a mans job in the household. Elizabeth had to discipline her son, as women in the 19th century that shows leader ship. Elizabeth’s husband would normally be the one to do the disciplining and Elizabeth would do the typical housework cooking, cleaning. When Elizabeth told her husband how she was keep thing the house in order especially her son that would show her husband she’s capable of taking over his role while he’s gone and his son can till be tough how to become a man everyday. This gives the men some reassurance that his house is in order. This also shows how a women can be role model to there sons not just the father. This breaks the traditional gender roles in the house in the 19th century. Women are capable of doing everything a man can do. Men and women should be treated as equal and this letter is a great example of why they should have equality.

" I hoped he would come and acknowledge his fault ,but did not think it best to draw this from him but to leave him entirely to his own thoughts"

This quote explains how Elizabeth the mother of her son, does not think its a good idea to always tell her kids what they do wrong but for them to realize it on their own. She wants her kids to be aware of what they do and learn from there mistakes. 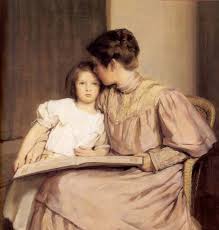 This picture shows a mother loving and PERFECTING her daughter. The point of the photo is how PROTECTIVE and loving mothers are over thier children. 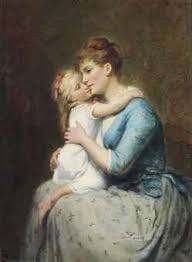 This picture expenses the love and passion that the children had for their mothers. 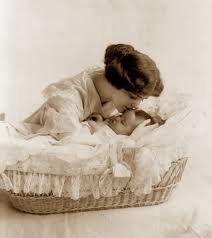 This photo expresses the joy and love a mother experiences when she has a baby. This photo also shows the happiness a mother feels to have a baby of her own to cherish love and adore. 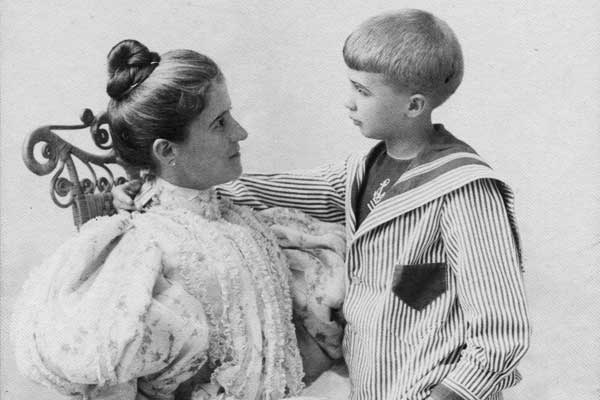 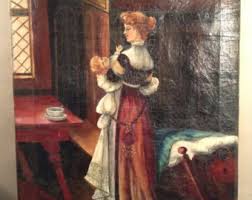 This image shows how the important bond between a mother and her baby. It also expresses how mothers take pride and joy in taking care of their baby's. The mother is concerned about the baby happiness. A mother is the protector of her baby and makes sure they have what they need to be happy.