Emma “Red Emma” Goldman was a famed anarchist, she wanted a society where men and women would be free to express themselves. Goldman was born in Lithuania and moved to the United States when she was 17. This piece was written by her in 1911. It is an essay she published in her magazine, “Mother Earth” (456). At the time, other women, like Margaret Sanger, were questioning the roles society had on women and men. Sanger was more involved in the liberty birth control gave women. It gave women the freedom to not worry about getting pregnant every time they have sex. Woman could worry about different things, they could have smaller families and discover more about themselves. Goldman was an advocate for free love and she supported this, she went on tour giving graphic descriptions of conceptive methods (452). Goldman was later deported from the United States for her views during World War I. She spent the rest of her life in the soviet union (456). The essay from “Mother Earth” that Goldman wrote critiques marriage and provides points to the reader on how its all a tradition built on inequality.

Emma Goldman makes Redher argument for free love and against marriage by stating that you don’t need marriage to be in love with someone. She agrees that there are people that are in love and married but she doesn’t believe the two should become a package deal. She says that many people think it goes hand in hand and that it touches equal amounts of human needs. Goldman says that many people get married just to satisfy public opinion. They want to be “normal,” and do what everyone else is doing. They don’t want to stir the pot. They don’t want to take risks because they feel they will be persecuted for their decisions. Goldman believes that marriage is just an economic arrangement. Women who were well-educated couldn’t find a job to support themselves (457). Women would get paid with the idea that they are just helping their husband support the family, not with the idea that she is supporting herself. She compares it to life insurance. With life insurance, you pay for it with money and you can stop paying it at any time you’d like. She says that with marriage, the “benefit” you get is a husband and you have to pay for it with your name, privacy, self-respect, and your life. She believes that being a wife would subject you to a life of parasitism, dependency, and complete uselessness. Goldman was married briefly when she was young and soon after that her life was focused on anarchism (456). Her ex-husband must have been a “Machista.” It is a Spanish word for a man who is very manly, He will not even think about putting himself in a “woman’s role.” A “Machista’s” way of viewing how a man and woman should act is very black and white. Based on everything Goldman believes in, she must have met that very guy.

The role that sex plays in her critique of contemporary marriage practices is that a woman’s role in the household is to bare children. Her body was made for it, it’s the only job she is capable of. That being said Goldman points out that a “decent” woman cannot have any knowledge of her future career. A “decent” woman who gives in to the temptation of sex before she is married is not good enough to marry a “good” man. She sarcastically says that a good man is only filled with an empty head and plenty of money. She says that when women are not able to explore their sexuality, she is shocked, repelled, and outraged when the time for sex comes. Many married couples are unhappy for that reason. It is all just a bunch of contradiction. When a lot of contradiction is involved people don’t want to be a part of it. A woman is raised that her ultimate goal in life is to get married with a decent man. She is trained and educated just to become that. Her whole life is surrounded around the idea of marriage but she can’t “train” in one of the biggest part of future job. On the topic of marrying a “good” man, a “good” man shouldn’t care if a woman isn’t decent because she had sex before. That doesn’t define a woman. The same way it doesn’t define a man. It isn’t fair that a woman has to be chaste and there is no mention of a man doing the same. If anything it is not really looked down upon compared to a woman doing the same actions. That is why Goldman believes marriage can only lead to failure because it is built on a system of contradictions and inequality. She says that this is one reason how marriage is completely different from love. With love, you can express yourself in whatever way you and your partner see fit. It is not an economic decision to be together, you both genuinely enjoy each others company and it all feels right at the moment. Sex is a big part of this because it is such a natural instinct and its so unnatural to repress it. Goldman had many lovers and wrote passionate letters about her sexual desires and feelings (452).

This source is important to understanding the topic of questioning patriarchal traditions because that is exactly what Goldman is doing. She is not laying down to the idea of marriage. She sees its flaws and she is calling them out. She will not let women be subject to this type of tradition. Marriage keeps women in a certain mold of how they should act. It make women not want to explore themselves sexually because then they won’t gain a decent man and won’t be able to survive by themselves. It is all a trap. When women don’t discover themselves, then who are they? They are just a shadow in their husband’s life. Goldman is saying that we are all humans and all deserve a chance to get to know ourselves. It doesn’t always have to be sexual knowledge of yourself but just a general discovery. Deciding what you like and don’t like, not having to think about being a certain way to be able to have a decent life. It is also a good source on the topic of American women’s history because this is exactly what women’s history is about. Women trying to challenge the social traditions. Throughout women’s history women are seen as just a second class citizen. It is a constant fight for equality. We are way better than the 1800s but women are still not equal in the 21st century. One day that will change but until then the universe needs more women like Emma Goldman.

This video below is a short interview with Emma Goldman. It shows you how much confidence she has in herself. In a time where women were to "be seen and not heard" it is refreshing to see such a strong woman. She is very eloquent and she was born to be a leader. In the introduction, The narrator says that this is a much tamer version of emma. It would have been wonderful to see a video of her in action as "red emma." 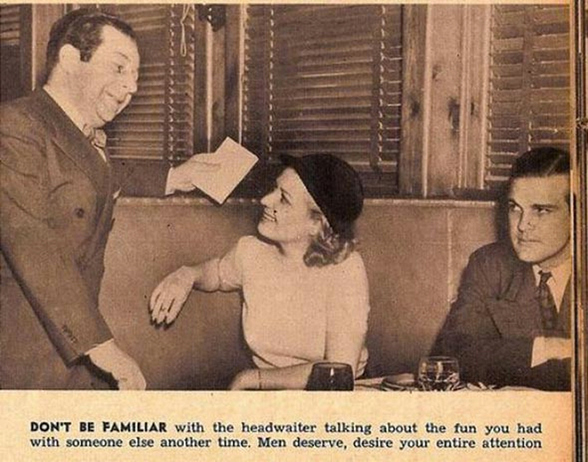